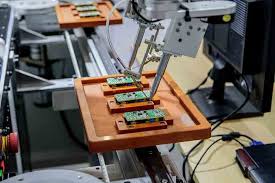 We live in a world where we are constantly surrounded by gadgets. Just recently, there was news of a young lady who fell three flights of stairs because she was staring at her phone while walking. She knocked her head hard on the floor and she fell unconscious. Fortunately, she only escaped with minor injuries, but it could have been so much worse. This is something very concerning because more and more people are getting injured because of the distractions from their mobile phones. Every year, the number of people involved in accidents because they were looking at their phone keeps increasing. A video that went viral last year of a woman who was going to cross a street while looking at her phone and too distracted by her phone, she did not notice there was a car heading towards her. Thankfully, a man pulled her before she was hit by the car. If these incidents become more and more common, is the mobile phone really worth it? This article would list three advantages of mobile phones and this is a list everyone should take seriously because it may save your life.

Have you been in a situation where someone is constantly on their phone without having the courtesy to even hold a conversation with you? More than half of the population are addicted to their phone and some are so severe that they bring harm to their social life. They no more communicate face to face, and they would rather be on their phone than make conversations. People need people because it is only among humans that we can give and receive the same amount of love and affection. Mobile phones do not love us back. Artificial intelligence does not love us back. Any gadgets cannot reciprocate our feelings no matter how in love we are with them.

Phones have an average productivity span of 2 to 3 years. After that, you would find the functionality of the phone decreasing and problems would start to appear. The majority would buy a new one to replace the old one. Once you rely on your phone, it is a constant expense. You would have to buy a new phone every 2 to 3 years. Phones are not cheap. The range of prices for mobile phones is between 200USD to 2000USD. That can be a family’s monthly worth of groceries. It is considered expensive for some but still, everyone buys it for the sake of staying up to date on trends.

Phones have this electromagnetic radiation that can be very dangerous to your health. One of the possible effects of using your phone for an extended time is brain cancer. Although there has not been solid agreement on the level of harm caused by mobile phones, it is something that can be dangerous when you are exposed to it for a long time. Not just that, you can get muscle or posture-related problems as well. When someone holds their phone for too long, looking at videos as such, there is bound to be a small indentation in the pinky due to it holding the weight of the phone. It is something not to joke about because it may seem small, but these small problems can snowball into a bigger one and by then it would be too late. It is undeniable that mobile phones have brought so much convenience into our lives, but we have to keep in mind that we should not spend all our time on it. People should be aware of the consequences of relying on mobile phones. Even things like Artificial intelligence and robots are being produced nowadays by Malaysia factory automation with manufacturing top ethernet switches moxa Malaysia and although it would benefit our economy, we should take careful measures to not let it dominate our life.