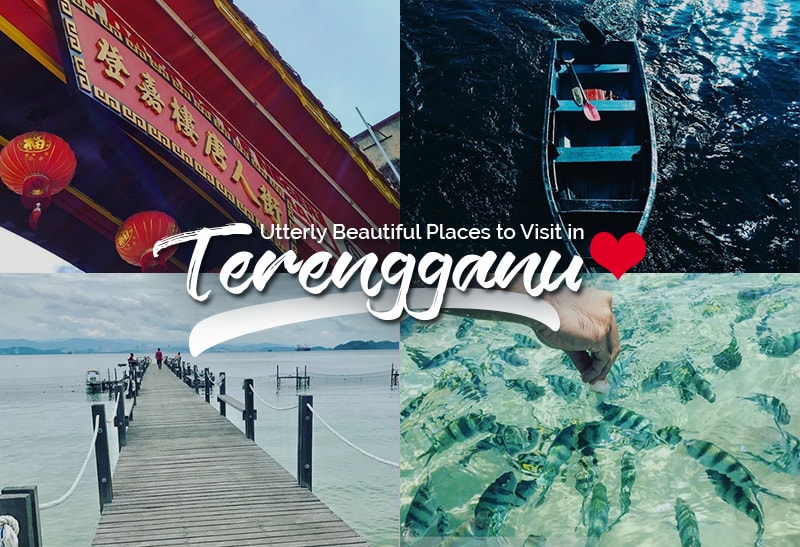 Terengganu has slowly risen up the ranks in Malaysia as one of the go to destinations for the locals and also the international travelers that come to visit the wild east. There are many things that make Terengganu one of the top destination spots to visit. These reasons span from the beautiful lush greenery that you can see as soon as you open your hotel room window. Some of the forests here can even be trekked and hiked. The other reason for most people to visit Terengganu is to visit their golden sun-scorched beaches. It has also become a huge attraction because of the diving schools that are available there but we’ll get to that later.

The Masjid Terapung is also known as the floating mosque in Malaysia. The floating mosque is the type of architecture that is very distinct to Malaysian culture. There are only a few of them out there. From an aerial view, the mosque looks as though it’s floating on the surface of the water. This is merely an optical illusion as the mosque is being held up by supporting beams and pillars underneath the mosque.

Pulau Redang has been becoming more and more popular these days. It’s mainly because it is one of the most amazing diving spots that you can dive in. The clarity of the water is fairly good as the temperature of the water is kept quite heaty and according to most divers out there. It is pretty important to have a diving spot’s water temperature be a bit hotter than most places because the hotter the water is the better the clarity of the water. Clarity is important here as you’d want to be able to see the aesthetically pleasing corals that are distinct to the south china sea and the flamboyant sea creatures that are available for you to see. Pulau Redang has established itself as one of the best scuba diving destinations malaysia has to offer and it’s been gaining traction worldwide and people are starting to take notice of it.

The Istana Muziah is also one of the most aesthetically pleasing buildings out there to see. It was built back in the day by the ruling sultan of Malaysia. It was built strategically so that it was close to the city centre and near the market so that whenever people drove by it, they would see the amazing architecture. The palace however isn’t open to the public on most days but there are certain times in the Malaysian calendar where the sultan will have it open to the public so you can view it. If you’re a fan of classic colonial architecture buildings then you wouldn’t want to miss this.

Over the years, Terengganu has worked very hard to help boost their tourism sector and have done an excellent job at it, If you’re deciding on place for your next family trip or if you’re just doing a solo backpacking trip them Terengganu will be a suitable destination for you.

For more information, feel free to check out our website!